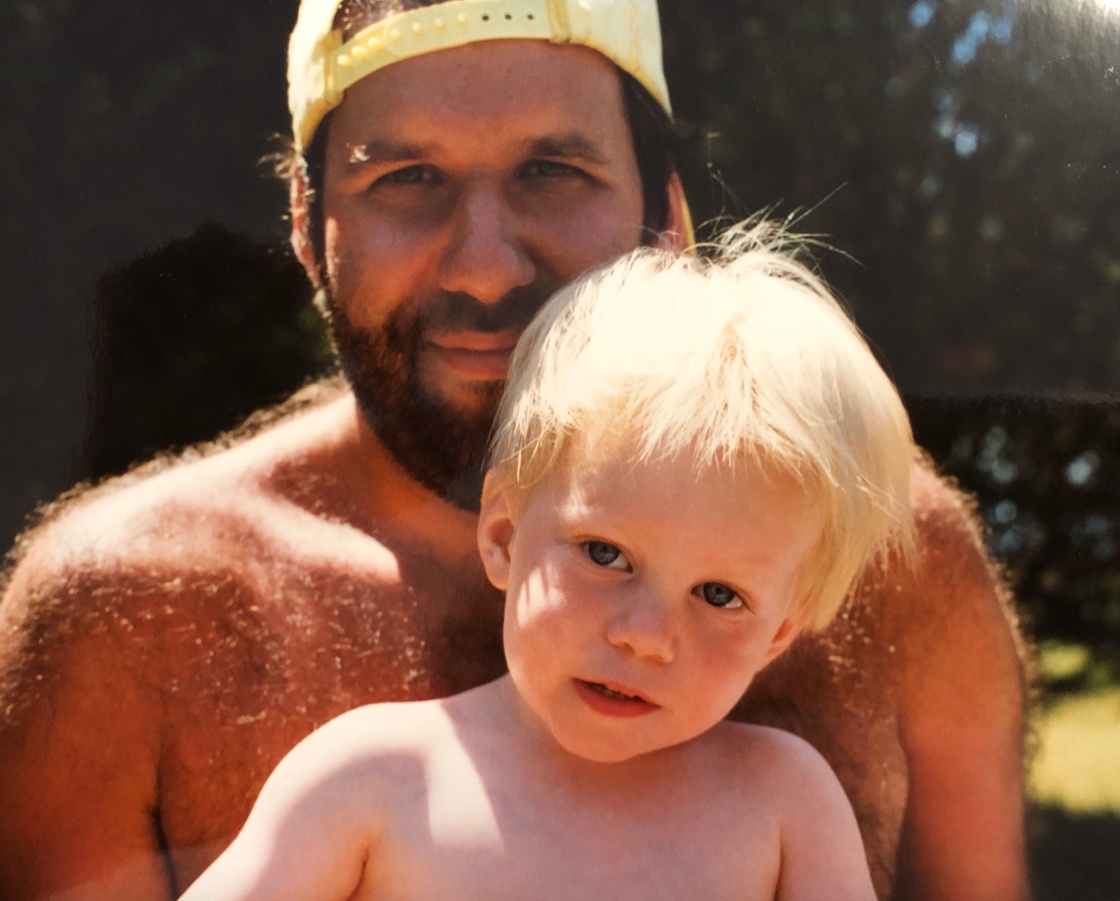 I’ve been in and out of therapy for more than half of my life, and used to joke that I’ve made several shrinks rich beyond their wildest dreams. I’ve mostly sought treatment in times of crisis—when my mom died, when my marriage was crumbling and most recently, well, you know most recently. I’ve always liked the process of talk therapy, and also liked that for 50 or so minutes, it’s The Larry Show starring Larry, featuring tonight’s special guest—Larry.

But this time I thought I’d try something different. I’m still fond of the chatty part of The Larry Show, but dealing with the loss of Rob just didn’t feel like something I could talk my way out of. I interviewed a bunch of different therapists before I found Katarina, and the first thing I said, in a somewhat challenging borderline asshole-like tone, to each one of them was, “There’s nothing you can do to make me feel any better right now, so what the hell am I doing here, and how the hell are you going to help me?”

I liked Katarina’s answer the best. “I’m here to listen and to get to know you,” she said matter-of-factly, in an accent I couldn’t quite place until she told me that she’s from Croatia. It was at the end of our first session that she introduced me to the idea of EMDR.

EMDR is an acronym for the mouthful that’s Eye Movement Desensitization and Reprocessing. It’s a nontraditional therapeutic treatment primarily used with people who have experienced some horribly fucked-up shit (which is Larry talk for “trauma”), and it’s supposed to work a lot faster than the more conventional gabfest.

The short explanation is that you’re basically reliving your trauma in small doses while being distracted by doing specific eye movements and/or something called “bilateral stimulation.” There are several theories on why it’s effective. It’s not worth getting into details other than to say it’s kinda like rewiring your emotions, but without feeling like you’re going to become a creepy Scientologist.

Despite the knee-jerk skepticism built into every New York Jew, I was open to trying it because I’m open to anything that may somehow relieve any of my pain and sadness. Enough talk, it was time for action.

So a few weeks ago, we sat under a jasmine tree in the backyard of Katarina’s office because I’m now a New York Jew doing woo-woo therapy in L.A. After the usual pleasantries, she handed me two small green paddles, one for each hand. A mild, vibrating sensation began to bounce from one hand to the other (that’s the bilateral stimulation, which I first thought sounded like an old George Carlin joke), and after a few minutes, I didn’t even notice it. This is where the reprocessing of traumatic memories comes in. It’s supposedly a more natural way for the brain to deal with those memories…either that or total bullshit where nothing really happens other than me paying $150 to hold two joy buzzers that I once ordered along with X-Ray Spex and Sea Monkeys from the back covers of comic books.

Katarina then instructed me to close my eyes and imagine myself somewhere safe, tranquil and beautiful.

“Where are you?” she asked after a few moments.

“I’m on a beach in Malibu right before sunset,” I said, instantly aware of what a cliché that was.

“Okay, good. Now I want you to imagine someone who can comfort you, like a maternal type of figure,” she said. “It could be a fictional character from a book, movie or TV show. Or someone you know, someone who can take care of you.”

“Meryl Streep…but not from Big Little Lies. I just figured that she can play anybody.”

“Good. Fine. Okay, so now I want you to picture someone who can protect you. Someone who is strong and able to fight for you. A defender or superhero. Again, it could be anyone, fictional or real.”

“Harry Potter! He’s perfect to deal with ‘He Who Shall Not Be Named’!”

“Ha! Good! Now think of someone who is very wise, someone with a lot of wisdom who can give you sensible advice.”

“Alright. So now I want you to picture each one of them coming to sit down next to you on the beach. First, Meryl, then Harry, then John,” Katarina continued. “I want you to sit together and just enjoy the sunset with them. Really, whatever you want them to do is fine. Just breathe naturally and take pleasure in their company. I’m going to leave you there and not say anything for a while.”

And that’s pretty much what I did for the next 20 or so minutes, until I sensed that our time might be up and opened my eyes.

“How are you feeling?” Katarina asked. “What was that like for you?

“Um…it was interesting. They were all on the beach, but Harry Potter was too hot and had to take off his robe. Meryl and John got along famously, as I knew they would,” I playfully answered. “But really, since I’m a word person rather than a visual thinker, I imagined each of them saying something different, and then I started to repeat what they were saying like a type of mantra.”

“What were they saying to you?”

“Well, Meryl was saying, ‘I love you, little boy!’ Harry was saying, ‘Nothing can ever hurt you!’ And John was saying, ‘Just be you!’ And that’s what I was hearing in my head the entire time I had my eyes closed, over and over again. And the funny thing was that the sun never set. It just stayed in that soft, yellowish-red light, and that’s sort of the way I felt.”

“Wow! I’m impressed! You’re a natural at this,” Katarina said. “Next week, we’ll focus on the moment you got the phone call about Rob.”

So next time, tune in for a very special episode of The Larry Show with special guest stars Meryl Streep, Harry Potter, John Birmingham and He Who Shall Not Be Named.

3 thoughts on “On the Beach with Meryl, Harry and John”