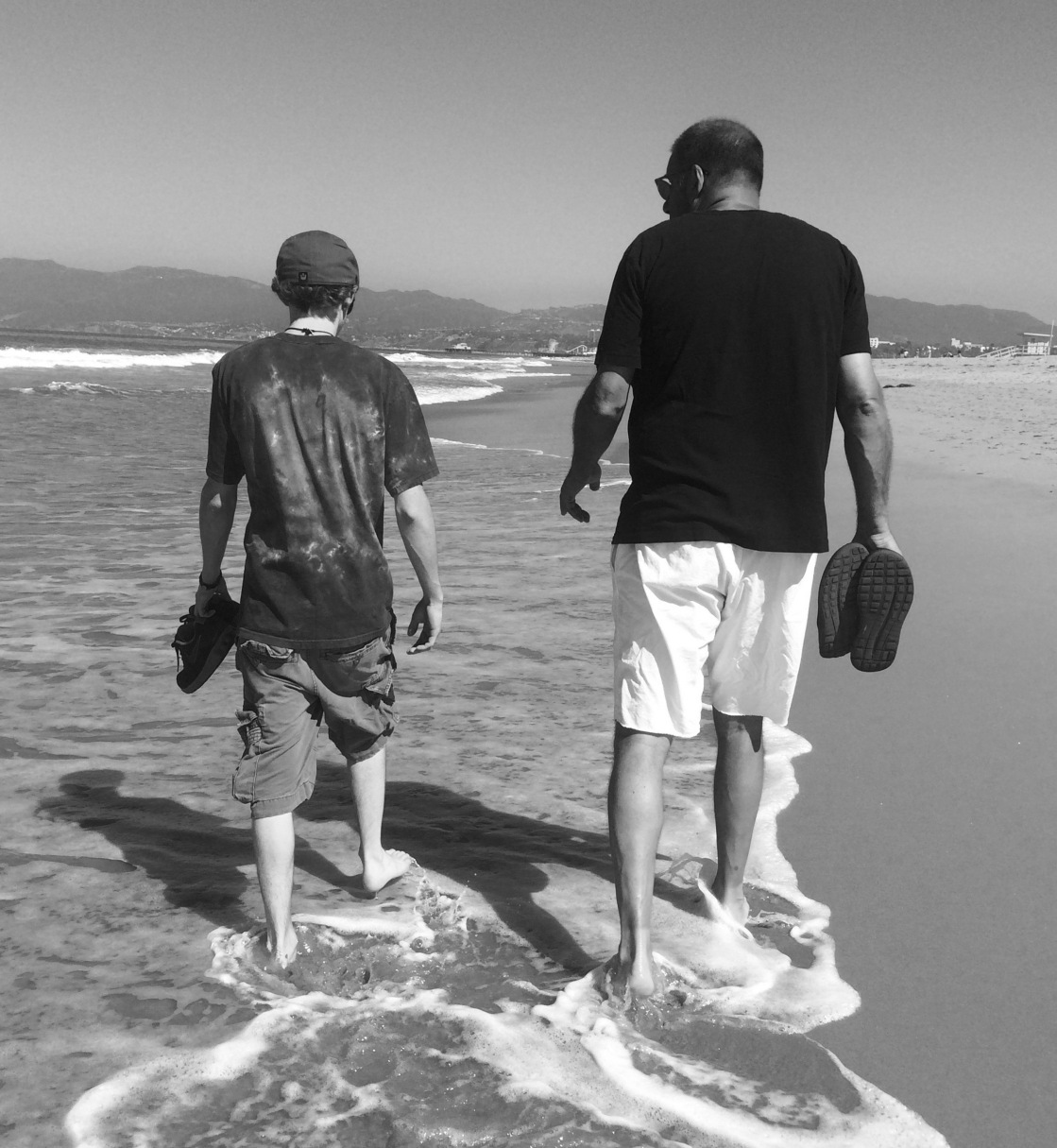 From the day he was born to the day he died, Rob always came first. Our hearts were hard wired together right from the start. As you well know, he was the sand and I was the fuckin’ water. I drenched Rob with buckets of it throughout the day, only to find him bone-dry in the morning. I was Sisyphus at the beach.

I spent Rob’s entire life trying to fill the unfillable hole, often to the detriment of everyone around me. Rob came before Zach, Rob came before Caryn, Rob came before Maura, and I couldn’t/wouldn’t/didn’t do a damn thing about it. Rob was a total eclipse of a son. I know how messed up that sounds, but that’s just the way it was.

Nature and nurture conspired and made us a perfect match for each other. I’ve often said how I was the perfect dad for him. I don’t mean that I was perfect (every parent knows there’s no such thing), just that I was perfect for Rob.

My father’s one gift to me was displaying the finer points of how not to be a father. He went to prison when I was four and came back when I was 12, and I’m not sure what was worse—when he was away or when he came back. I don’t think it ever mattered to him—either way he was just doing time. I hated him for that and for so many other things. I hated him until the day he died. No, that’s not quite true. I hated him until the day Rob died. I’ll come back to that a little later on.

I vowed that when I became a dad, I’d be great at it, truly worthy of the #1 Dad coffee mug the kids gave me back in the day. I’d love my children with all of my heart and always be there for them. It was easy! All I had to do was be the exact opposite of my father. After a million years of therapy, I came to understand that this was my way of healing my childhood wounds and it mostly worked out pretty well (despite the one time Rob bought me a World’s #3 Dad T-shirt for Father’s Day).

Rob, for his part, was needy from the day we brought him home from Joplin. He cried incessantly and threw temper tantrums when he was a little boy. As he grew older, he became angrier, more demanding, and plain annoying as fuck.

In the early days, we naturally thought it was about the open wound that comes with being adopted. How many times have you heard me trot out “I have a space in my heart that never closes”? That was partially true, but he was broken the day we removed the gift wrapping and took him out of the box. He needed to be loved desperately and I needed desperately to love him. I sometimes make it sound almost poetic or like a fairy tale, but I knew that there would be no happily ever after. We all knew.

Rob was always in need and I was always there for him. He needed endless affection and reassurance and I tried my best to provide both, that is, when I wasn’t yelling at him to stop tormenting Zach. Later on, Rob knew exactly how to manipulate our dynamic to get pretty much whatever he wanted right up until I finally “detached with love” and he detached from the universe.

I did everything in my power to fill the hole with love, happiness and all types of other assorted crap. I’d do anything (which frequently involved some kind of a wild goose chase) just to see him smile. When Rob called, I ran right over. When he needed money, I was his ATM. When he cried for help, I did whatever I could to alleviate his pain. I often second-guessed myself knowing that I was his enabler, knowing that I could never allow him to hit rock bottom, knowing that my head would forever be overruled by my foolish heart.

And yet when we came to the end, on the last day I saw him before he killed himself, I couldn’t do a goddamn thing. I certainly couldn’t make him happy; he didn’t ask for money or cry for help. He was at his neediest and yet he wasn’t demanding or the least bit annoying. He was at his most fragile and I was right there by his side. The sand said, “I love you, Dad” and then the water cried.

As I’ve noted before, Rob’s death has broken me wide open, and one of its unexpected “benefits” was that I became more forgiving. I was able to let a lot of things slide because I was finally able to just let go. It came as less of a relief and more of an exhale after a lifetime of holding my breath. I was no longer holding on to Rob or myself. Or, for that matter, my anger towards my father.

I have Fleur, the psychic/medium, to thank for that. When I visited her to seek answers from the great beyond (which I’ll tell you more about next time), she informed me that my father was there with Rob to help him make an easy transition to the other side. I just lost it and burst out crying.

My father and my son were together. I loved one and not the other, but, in that moment, I forgave them both.

7 thoughts on “Sisyphus at the Beach”