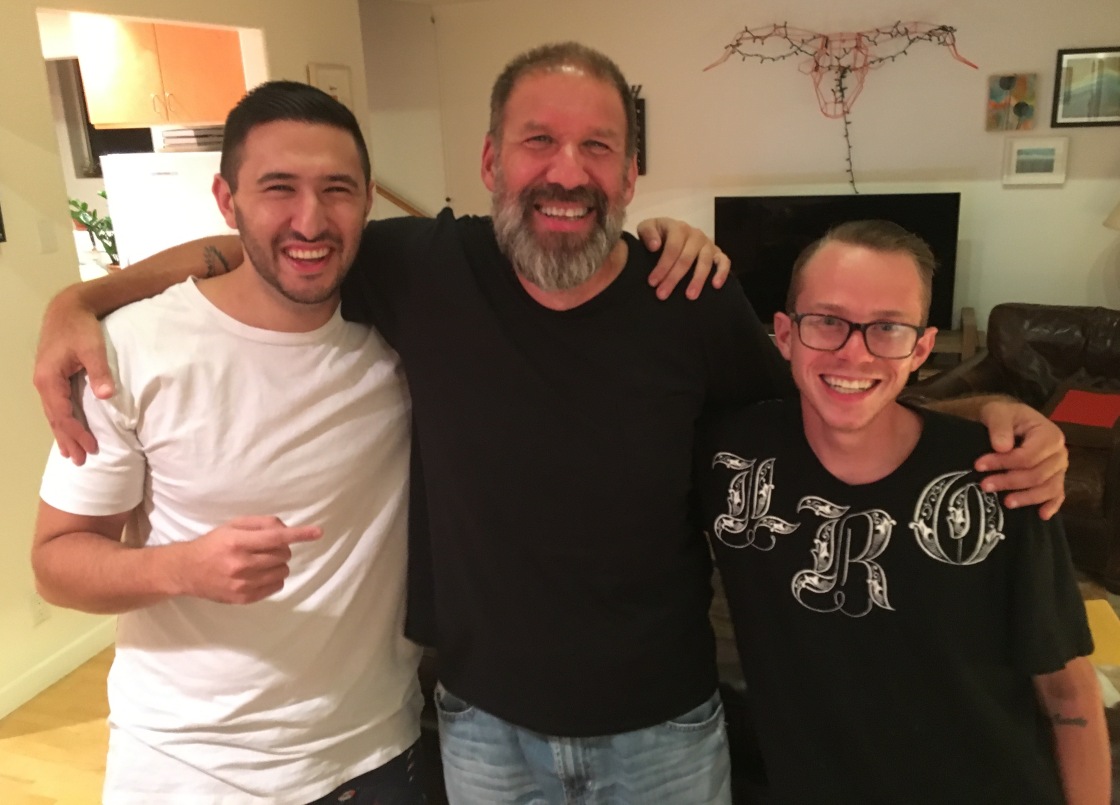 Rob lived with us in Venice for four months and I’m still not sure if it was a short or long time. Probably both. Anyway you slice it, it was time for a change, and we were all relieved when he told us the good news—he was going to be the manager of new artisanal pie shop in Brentwood called Winston Pies.

Rob loved working at the pie shop. Until he didn’t.

That’s how most of his jobs went. He’d get super-excited about landing a gig, have a million ideas for how he could transform the place, bust his ass working brutally long hours and then, usually after a few months, the thrill would be gone and he’d just robotically walk through it until he finally pressed the self-destruct button and everything would turn to shit. There was usually some girl who would go along for the ride, joining his other traveling companions, alcohol and drugs.

And that’s pretty much how it played out at Winston Pies. He started right around Labor Day almost two years ago and lasted until the day before Thanksgiving.

The first thing I remember about that time was how much I worried about a background check the pie shop was running on him. He had been arrested for a DUI in Upstate New York before he moved out to L.A. and never showed up for his court date, so technically there was a bench warrant out for his arrest. I was positive that that was going to come back and bite him in the ass. He never seemed too concerned about it, and as it happened, he was right. For whatever reason, the background check checked out. It never ceased to amaze me how lucky he was and how meaningless that luck would invariably turn out to be.

I’ll get back to the pie shop in a moment, but first I want to tell you about him moving into his own place. He found a basement apartment in a big-ass house on the outskirts of Beverly Hills. It was on a beautiful tree-lined block and had a separate entrance in the back, so he could come and go as he pleased. It was really more basement than apartment, furnished with a beat-up, pull-out couch, a tiny kitchenette with a hot plate, a dresser and not a whole lot else. I went with him to check it out and thought it was pretty fuckin’ dreary, but he was psyched, so I faked my enthusiasm the best that I could.

Rob and I sat down in the backyard with the owner, a middle-aged divorced woman with two young girls. He was, as always, his charming self, answering her landlord-ly questions about work and his personal life with some version of the truth that he knew she wanted to hear, as I remained noticeably silent.

“You know, I’m a psychologist and I’m very good at reading people,” said the owner whose name I’ve forgotten. “I can tell that you’re a good person, Rob.” Two minutes later, I wrote her a check for first and last month and it was a done deal.

I’ve had that kind of thing happen to me a number of times when I was with Rob and always felt torn about going along with his lies. On the one hand, I was happy to have our house back to ourselves and wasn’t about to dissuade her about Rob being a good person. On the other hand, he was Rob and I knew that it was only a matter of time before she would find out for herself.

Maura and I helped move him in a few days later and we tried to make it as cozy as possible with fresh bedding, a new Keurig coffee maker and a few plants. One of the first things he did while we were unpacking his stuff was place that stupid lighter collection on top of a dresser, and it took everything I had in me not to cry.

Like I said, Rob loved working at the pie shop in the beginning. I’d swing by on the weekend to grab lunch with him (this was before our customary dumplings run), and we’d get burgers or go to California Pizza Kitchen right across the street and just shoot the shit. He’d talk about his co-workers or tell me his big ideas for how he’d like to reorganize certain things and he genuinely seemed into it. He particularly liked hanging out with Dan, one of the owners, who came by late in the afternoon to relieve his wife Brianna, who really ran the whole show. Full disclosure: One of the side benefits of visiting Rob on the weekend was going home with delicious pie.

Everything seemed to be going along fine for the first few months and then Rob started to complain a bit at lunch. It was usually about someone not coming in for their shift and how he had to cover, and how he had been working for two weeks straight without a day off. I’d occasionally ask if he was going to AA meetings and he always had some type of bullshit excuse or he’d just tell me that he had gone a few days ago because he knew that’s what I wanted to hear.

A few days before Thanksgiving–the busiest time of year for the shop–I got a call from Dan asking me if I had heard from Rob. I told him that I hadn’t and just assumed that he was working long hours in preparation for the big holiday push. Dan said that Rob didn’t show up for work that day and that he was worried.

“Here we go again,” I said out loud as soon as I hung up the phone.

One thought on “Life of Pie ”