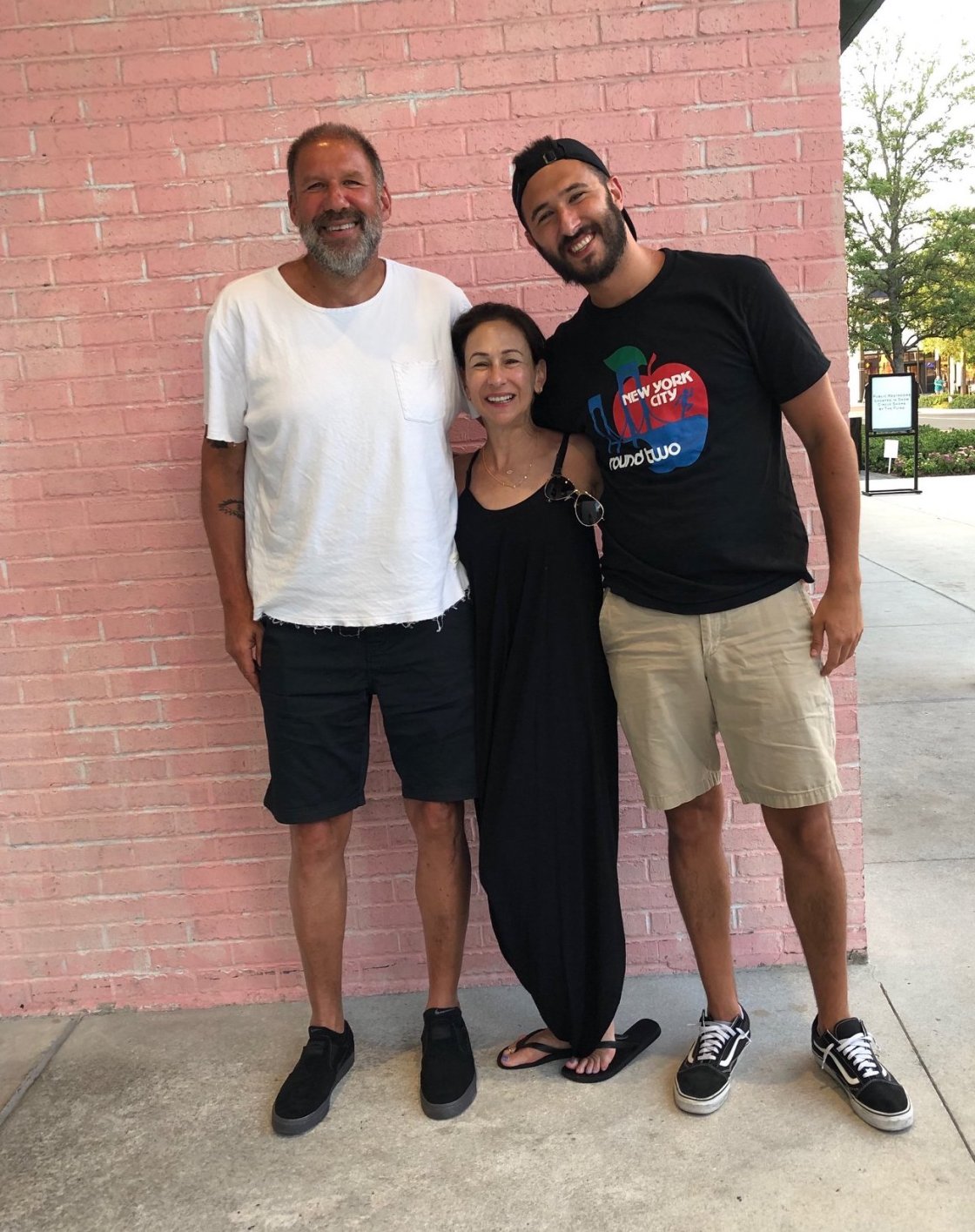 The last time I wrote something on a plane was the day after you died, and I was on my way to NYC for your funeral. This time I’m flying home to L.A. after a long Memorial Day weekend with Zach and Mom in Tampa. You missed a great fucking time, dude—it was really a perfect trip—and I need to tell you all about it.

Although there’s not really that much to tell. We didn’t do a whole lot and it didn’t make a difference. We were just so happy to be together. If you recall, there was a lot of crying the last time the three of us saw each other because it was all about you. This time it was all about us—the ones you left behind.

It was so goddamn hot in Tampa that we mostly just chilled in the pool at our hotel. We spent hours and hours shooting the shit about all kinds of nonsense, everything from the places we used to order food from in Woodbury (remember Wrap-it-Up?) to rich girls from the neighborhood that Mom thinks Zach could marry. Strawberry daiquiris, Mai Tais and White Claw hard seltzer may also have been involved, which, of course, we would’ve never drank if you were there, but if you were still here we probably wouldn’t have been there, so thanks!

In the mornings, Zach and I went to shoot hoops and he totally kicked my ass in H-O-R-S-E. I think it was the first time that’s ever happened. I blamed the unforgiving rim, half-moon backboard and overinflated basketball, but the simple truth is that he’s better than me and, I’m proud to say, I’m not just talking about basketball. Spending time with him this weekend reminded me of something that I saw at your funeral and that you always knew—Zach is the best of all of us.

One afternoon we decided to go to the Florida Aquarium, just to change things up a little and have something to tell people when they ask us what we did in Tampa other than staying half-buzzed and fully submerged in water. I know you would’ve had a good time, probably more than we did, because you would’ve been way more into it. We saw one of those corny, Disney World type of 3-D movies about sharks where they spray you with water and bubbles and a gust of wind when a Great White seemingly leaps out of the screen, and the best thing about it was hearing Mom laugh every time she got spritzed. After it was over, we walked over to pet the stingrays, which you loved to do when we went to the aquarium in Riverhead a million years ago. We also made a lot of sushi jokes.

In the evenings we went out to dinner and each place was better than the last. We ate and drank and talked and laughed, and it was like old times, except it was also brand new. I’m not sure how to explain it, but downsizing from our usual four top to a table for three felt both less and more. It felt less without you being there and it also felt so much more important without you being there, if you know what I mean.

Another thing I know you would’ve appreciated was all the smoking hot waitresses! We went to an excellent Mexican restaurant called Green Lemon one night and immediately fell in love with our server, Brianna. Sure, we were all drinking giant-size margaritas, but still. She was beautiful and nice and sort of perfect for Zach. So much so that when we got the check, Caryn wrote her a little note on the receipt that basically said that if she’s not in a relationship, here’s my son’s number and signed it with “only a drunk mom would write this.” For the rest of the trip, I couldn’t stop bugging Zach with the lame “Did Brianna text you yet?” joke.

Every night after dinner we’d head back to Zach’s apartment and hang out some more. When there were no sports on TV, we binge-watched The Great Canadian Baking Show because we all love Dan Levy from Schitt’s Creek. I’m not sure why we enjoyed watching this show so much, but everyone on it was just so nice to each other and that made us feel so good, and that apparently was what we all needed. Spoiler alert, babe: Sabrina wins!

Quick time out, Rob: The photo above was taken outside of Sprinkles Cupcakes. Look closely! Look at how my right arm is just kind of hanging there. Can you tell what’s missing? Haha! Trick question.

Time back in: On the ride to drop off Caryn at the airport, Zach, our chauffeur and DJ, played “Believe” by Dirty Heads and “Limousine” by Wax. I asked him who turned who on to which song, and he said it didn’t make a difference because they’ll always belong to the two of you. And, I’m again proud to say, I don’t think he was just talking about the songs.

The only time the three of us cried was when we hugged and kissed and said goodbye to Caryn. We hugged one another like our lives depended on it and didn’t want to let go, and it felt just like it did the last time we were all together. These were the best five days since you died.

“I love you guys,” Mom said as she walked into the terminal, and that’s when I felt your absence the most.

On the way back to Zach’s place, we stopped at a restaurant called The Brickhouse and ordered chicken wings and burgers in your honor. We were sitting there happily stuffing our faces when our waitress, who was also adorable, came back over.

“Um…uh…my friend in the back thinks you’re really cute. Are you single?” she asked Zach.

Zach gave her the correct answer, and a few minutes later this knockout chick covered with tats came skipping over to our table.

Zach said something equally cute, got her number, and it just felt like all was right in the world.

Except I wish you’d been there.

4 thoughts on “The Five Best Days Since You Died”